Are Smart Cities a Clever Idea 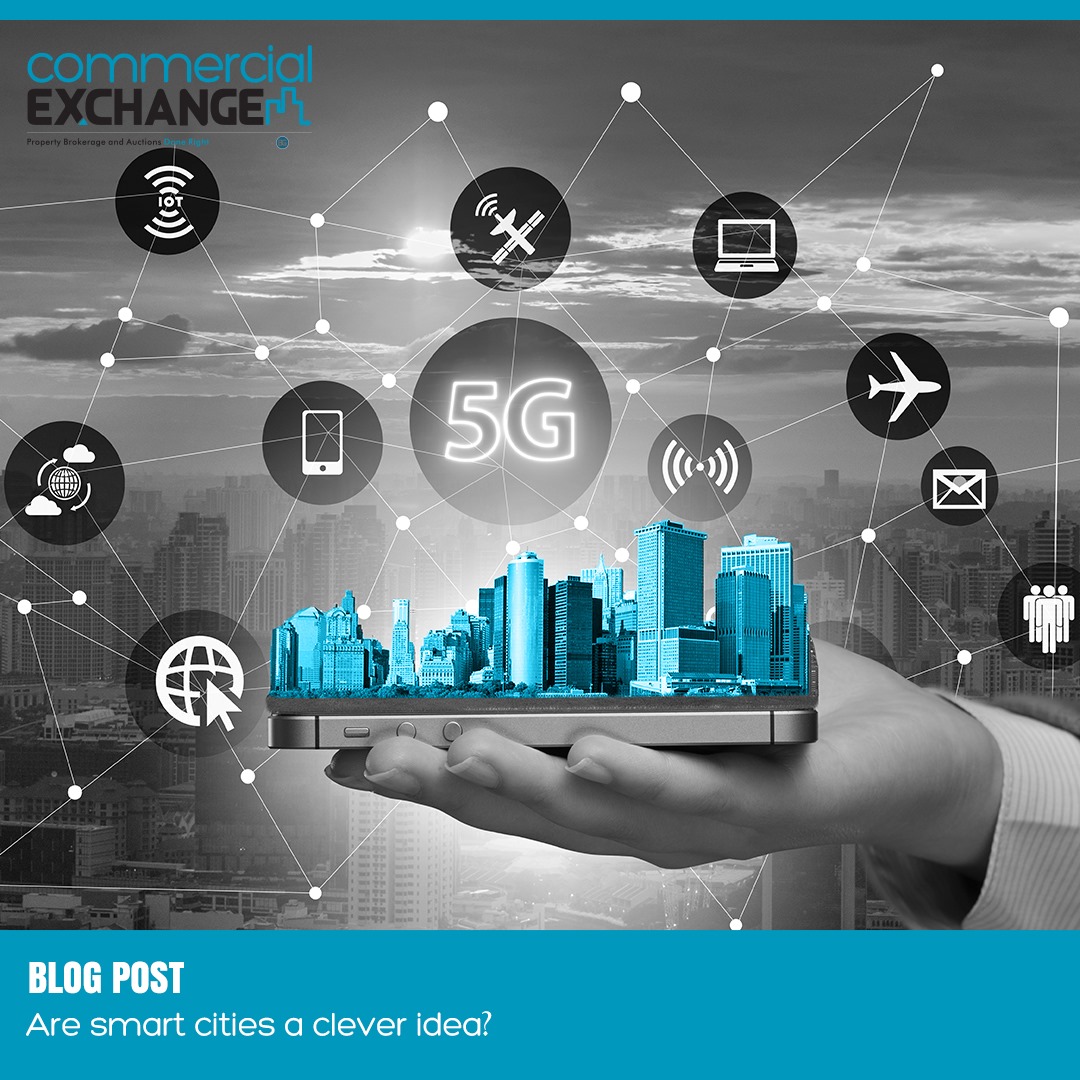 One of the phrases we are hearing more and more lately – is the term “Smart City”.  What is a Smart City and what does this mean for the future of South African urban development?

From the State of the Nation Address 2020, we know that President Ramaphosa sees Smart Cities as a real way of making a difference.

If we were to take a step back and reflect on our burning issues in South Africa, the following would come to mind:

In his article “Smart Cities are coming to South Africa 2018” https://www.evictionlawyers.co.za/legal-news/smart-cities-south-africa/   Willem Le Roux simplifies the concept of a smart city:

“Smart cities use data and technology to create efficiencies, improve sustainability, create economic development, and improve quality of life factors for people living and working in the city. It also means the city has a smarter energy infrastructure. The makings of a ‘smart city’ is combining the advantages of modern technology with the feel of old-time village living – with walkable, pedestrianised streets and green spaces.”

In essence, a Smart City provides a solution to the 5 burning issues mentioned above, but then takes us to the next level. Economist Dawie Roodt, a  vehement critic of the ANC in his recent laments on the state of economy, has often indicated that he really believes that one of the key things that government needs to do to improve the lot of people forced to live in squalid conditions it to seriously think of the living environment. Why don’t they plant trees clean up the streets and make the places attractive? People feel better when they are living in a nicer environment. These are simple things that can change people’s lives.

A Smart City is where high tech meets quality of life. It’s a mixture between the most efficient and cost effective, affordable way of living while creating an attractive environment with quality entertainment and living spaces. It’s about reducing travel and bringing services to the doorstep of residents in the neighbourhood. It’s about combining a naturally beautiful country like ours with the needs of the many citizens for access to housing and work and lifestyle.

To quote Steven Brookes, CEO of Balwin Properties in a recent webinar hosted by Rainmaker Marketing “Smart Cities – A reality for SA?” Smart Cities a Reality for SA “Our target is to provide housing from R499,000 upwards, with a zero levy”.  This is basically achieved through ensuring that the city is developed in such a way that is supplies its own power, water and infrastructure to reduce these costs to its residents.

One of the key targets of President Ramaphosa in trying to revive the nation following the Covid-19 pandemic and associated lockdowns has been in infrastructure development. Smart Cities can address this by combining the need for public transport, easily accessible work, housing and entertainment and direct access to a natural environment and bringing these to the majority of citizens. From KZN North Coast, Cape Town CBD, Pretoria East, Greater Midrand and extending to the Western Johannesburg we see an evolution to the Smart City Model by property developers. We see plenty of benefits for investors in owning residential and commercial properties for rental in these Smart Cities.

How did Covid-19 Impact Commercial Property as an Asset Class?

The Month In Review