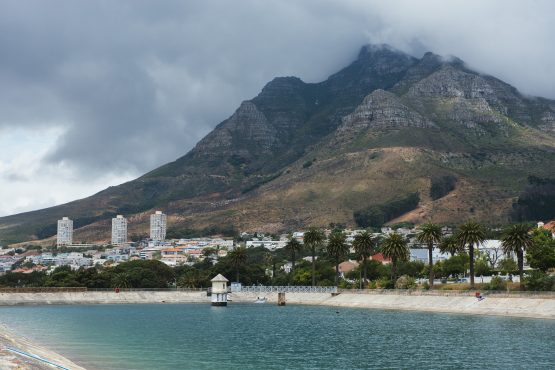 As Day Zero fast approaches, property prices in the Mother City are beginning to decline as up-country buyers retreat.

Cape Town homeowners are facing a double whammy: the threat of taps running dry due to the water crisis and slowing house prices.

Rising house prices and the exclusion of first-time home buyers from the housing market because of affordability issues have been the hallmark of Cape Town’s five-year-long residential property boom.

Homeowners in the Western Cape have enjoyed a 50.4% increase in the value of their properties over the last five years to December 2017, compared with 31.9% for KwaZulu-Natal and 21.9% for Gauteng over the same period, according to latest figures from FNB.

The perception that the Mother City is the best-run metro in terms of service delivery, offers a live/work/play offering and has good government-run schools has been the reason behind rising house prices.

House prices have also benefited from the continued “semigration” trend of property buyers from Johannesburg, Tshwane and KwaZulu-Natal relocating to the Western Cape – particularly Cape Town, in search for a more relaxed lifestyle.

However, the water crisis and fast-approaching Day Zero in Cape Town is starting to impact house prices and desire of up-country buyers to relocate.

The City of Cape Town has warned that water supply to households would be shut as early as April 12 (known as Day Zero) if Capetonians are not diligent in their water-saving efforts. Day Zero will see residents forced to queue at about 200 water collection points for their allocated 25 litres of water per day.

Although Cape Town house prices are still beating inflation, they slowed to 9.7% in the fourth quarter of 2017 from highs of 15% in the first quarter of 2016, according to figures from Standard Bank Group. “Although it would be difficult to separate and quantify the reasons for this easing growth, the Cape Town water crisis will have exacerbated it,” economist at Standard Bank Siphamandla Mkhwanazi said in a note.

There might be more pressures on Cape Town house prices, Mkhwanazi warned, as the drought led to agricultural losses, which might further depress household income growth in the Western Cape.

Figures from FNB property strategist John Loos also point to a similar trend in which prices in the Western Cape as a whole have already dropped. In the fourth quarter of 2017, Western Cape house prices slowed to 4.4% compared with 4.8% in the previous quarter. Gauteng, KwaZulu-Natal and the Eastern Cape recorded growth, except the Western Cape (see below). Rising Western Cape house prices have made affordability difficult for middle-income and first-time home buyers and declining prices will help in that regard. “Slowing house prices is a good thing as people might finally be able to afford to get into the housing market,” said Loos.

As the water crisis continues, the allure of moving to SA’s tourism jewel and the “semigration” trend is starting to diminish. Research from FNB points to a decline in the net inflow of repeat home buyers into the Western Cape. Net inflows refer to repeat home buyers migrating to the Western Cape excluding those migrating outwards to other provinces. Net inflows have declined mildly to 12.8% in November 2017 from 15.7% recorded in 2016 – the highest rate since 1999 (see graph below). Loos said the decline in buyers migrating to the Western Cape might be driven by the water crisis and home buyers that are ditching the region in search of value-for-money (and water) elsewhere.

Kevin Jacobs, a broker at RE/MAX Premier in Cape Town’s Claremont area, has also seen a noticeable change in up-country buyers flocking to the Western Cape.

“We are still seeing buyers from Port Elizabeth, Durban and Johannesburg looking for properties in Cape Town. But many buyers are cautious and are taking a wait-and-see approach about how the water shortages are dealt with before they purchase,” said Jacobs.

Samuel Seeff, chairman of the Seeff Property Group, agreed with Jacobs adding that the water crisis was less likely to have an impact on the mid-market with properties valued between R1 million up to R4 million. “The mid-market tends to have buyers or sellers who need to buy or sell for a variety of reasons whereas the upper end of the market can wait to see how the water crisis unfolds,” said Seeff.

The upper-end property market – where sales upwards of R150 million in Sea Point, Fresnaye, Clifton, Bantry Bay, and Camps Bay have become the norm – has been hit the hardest due to water shortages. Lance Cohen, Seeff’s Atlantic Seaboard luxury market specialist, said buyers in the luxury market are hesitant to buy properties “unless they have to or find a good price”.

The DA, which controls the Cape Town, hasn’t covered itself in glory. At a time when the political party should be addressing the problem facing the city, it has been preoccupied with internal squabbles and the dismissal of mayor Patricia de Lille.

The big question is whether the decline in property prices, demand and migration of up-country buyers will be a sustained trend. Richard Day, Pam Golding Properties Cape regional head, said it depends on how the water crisis is handled.

“If effectively managed and contained for a few months, it will not impact the long-term desirability of living in Cape Town. But a prolonged water crisis would inevitably impact sentiment and could affect property prices until the situation normalises,” said Day.

How to object to shock Joburg property valuations

In July, we speculated about who might benefit from historically low interest rates. Since then,...

Who Will Benefit from Low Interest Rates?

Interest rates in South Africa are at an historic low as the Reserve Bank tries to get the economy...

Are you a Doer or an Interrupter?

There is an old Chinese Proverb which says “Let the one who says it cannot be done, not interrupt...